Following the success of this exhibition in Latvia, Poland and Lithuania, first time in Romania, original works of Salvador Dalí, Marc Chagal and Giorgio de Chirico, inspired by Biblical themes are now in Muzeul Orașului Oradea - Complex Cultural and the exhibition is realized in partnership with Collection Kesauri. Exhibition is open from 22/10/2018 to 31/01/2019 and is featuring 91 original works of greatest masters of our time.

Exhibition Salvador Dalí, Marc Chagal, Giorgio de Chirico: Biblical themes from Collection Kesauri consists of works by artist, which evoke the shocking and surreal dreamlike image of the early twentieth century. The exhibition offer the possibility to admire original lithographs, sculptures, medals, serigraphs on silver and silk and executed on other medias original works of greatest artist of our age - all on religious themes. That show us how religion had an important part in Dali's spiritual life and have found expression in the masterpieces created by him.

Curated by Kesauri Aleksandre, Kessaouri Vassili and Zoltan Imre, produced and organized by SIA Art Expo in partnership with the Collection Kesauri.

After a number of detailed introductions to artists and their period, the exhibition is divided into seven thematic sections:

Section two - Medallions from the series "Twelve Tribes of Israel"

Section four - Series of medals "The Seven Days of Creation"

Genesis is the first book of the Law of Moses or Torah which consists of the first five books of the Bible. There are seven periods of creation recorded in the beginning of Genesis. Although each of these has been translated as a “day”, the Hebrew word is “yom” which simply means a period of time with a beginning and an ending. Dali Illustrated these 7 days/periods of creation of the world in form of 7 silver Sculpture-Volume Medals.

Many other works of Salvador Dali realized on different type of media are presented as well on the exhibition as for example serigraphs on silk, on silver and on gold, gobelins, ceramic works, sculptures in bronze, sylber, bareliefs in platinum and in silver, etc ... All of them are representing some themes from bible as The Christian Knight, Cristo de San Juan de la Cruz or Madonna of Port Lligat ... 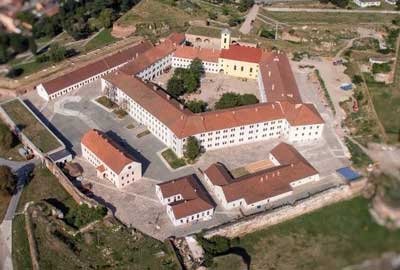 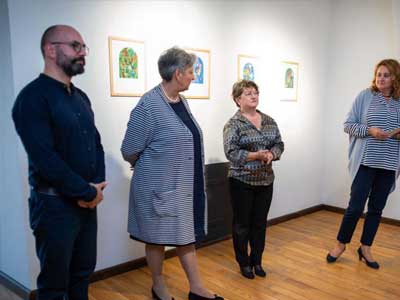 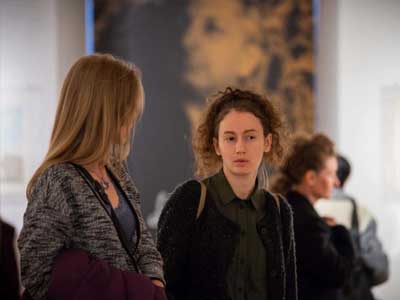 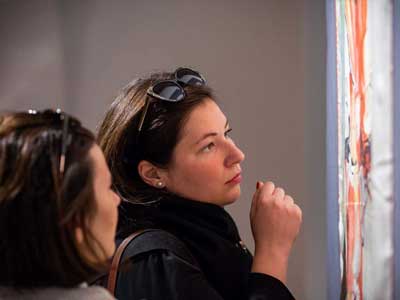 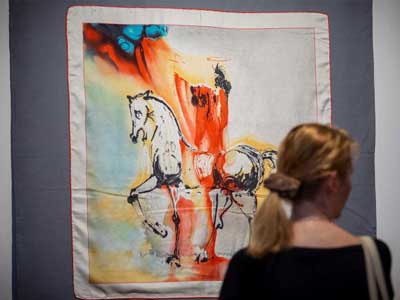 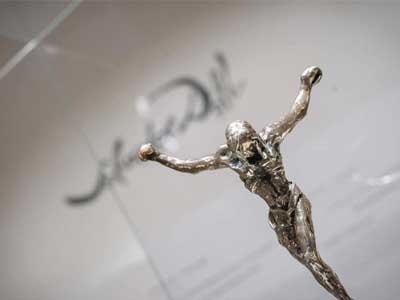 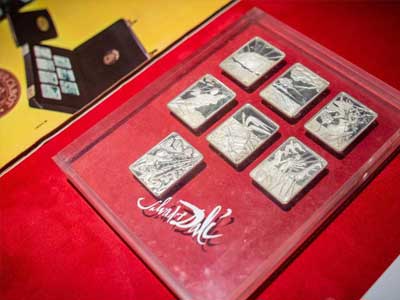 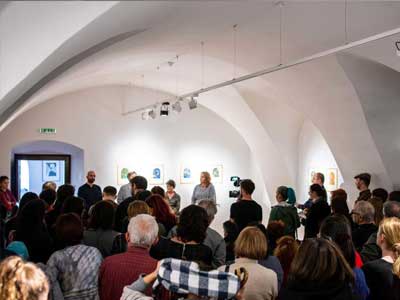 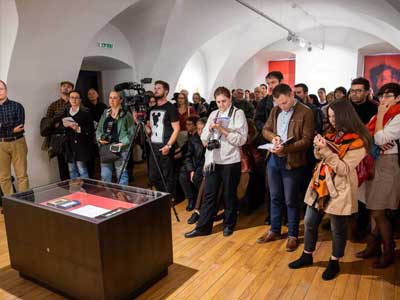 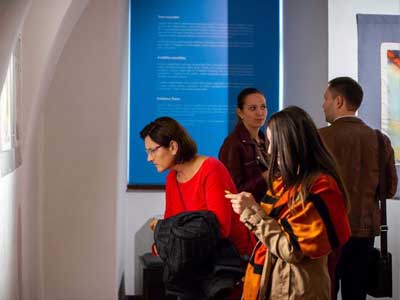 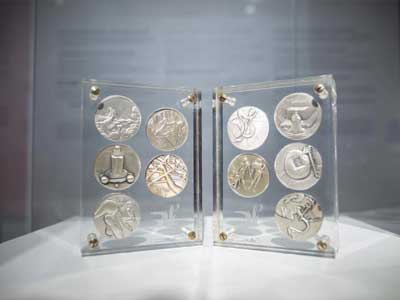 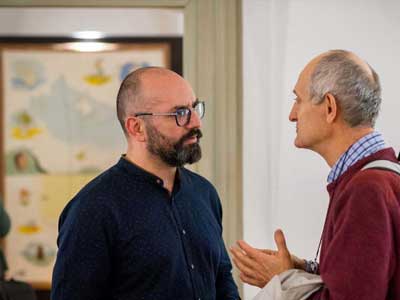 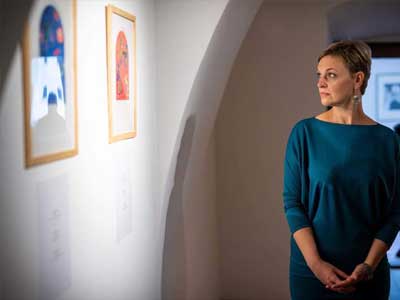