Salvador Dali : Surrealism it's Me!

Following the success of this exhibition in Latvia, Lithuania, Slovakia, Greece and Czech first time in Poland, original works of Salvador Dalí are now in Muzeum Miasta Ostrowa Wielkopolskiego and the exhibition is realized in partnership with Collection Kesauri. Exhibition is open from 21/09/2018 to 06/11/2018 and is featuring 120 original works of greatest master of our time.

Exhibition "Surrealism it's Me!", from Collection Kesauri consists of original works by Salvador Dali, which evoke the shocking and surreal dreamlike image of the early twentieth century. The exhibition offer the possibility to admire original lithographs, sculptures, medals, serigraphs on silk and executed on other medias original works of greatest artist of our age.

After a number of detailed introductions to artist and his period, the exhibition is divided into four thematic sections:

Section one introduces visitors to one of Salvador Dali's series of work for illustration of "Les Amours de Cassandre". In 1967 Dali was commissioned by the publisher Pierre Argillet to create a series of etchings to accompany these poems. For Dali the dreamlike imagery found in the poetry of Ronsard opened the way for him to express his ideas of fantasy and the unconscious mind through the working of themes such as love, death, the passing of time and the cycle of nature. Each etching is signed by Dali by blindstamp.

First published in 1550 by the humanist, the 16th century poet, Pierre Ronsard, 'Les Amours de Cassandre' has become a literature classic. They were written in honour of Cassandra Salviati, whom Ronsard met at the Chateau of the Duke of d'Orléans when she was a beautiful fifteen-year-old.

Olympic medal set of 1984 and Mexico 1986 Football two medals, medals that Dali dedicated to sport themes. Immortalizing the XXIII Olympiad Los Angeles summer Olympic Games of 1984, each medallion bears a different work of metallic art imagery depicting Dali’s personal interpretation of an Olympic sport. The common reverse of each medallion bears the official emblem of the United States Olympic committee as host of the Olympic games for 1984.

Between exhibited design works of Salvador Dali are presented original bottles for Brandy Conde de Osborne Dali and for wine Aperitivo Rosso Antico where the master designed as well the form of bottles as well labels. Also are presented works of dali in form of original Bottles for Parfume and woman's accessories as Nail Polishe or Poudrier. Dali likes to say - "Among the five senses, smell is unquestionably the one that best gives the idea of immortality."

There are also presented designed by Dali for Elsa Schiaparelli the woman handbag or the cover of music album of LP Jackie Gleason.

Many other works of Salvador Dali realized on different type of media are presented as well on the exhibition as for example serigraphs on silk, gobelins, ceramic works, sculptures in bronze, sylber, bas-reliefs, medals, etc ... Passing by works done for homage to Meissonier, all of them are representing some themes - illustration for legends of England, or for celebrating jubilary of Konrad Adenauer, for seasons of the year or also for illustrate 7 arts as well Hemingway's or Shakespeare's works ...

It is recommended by WPTV24 and Kurier Ostrowski: 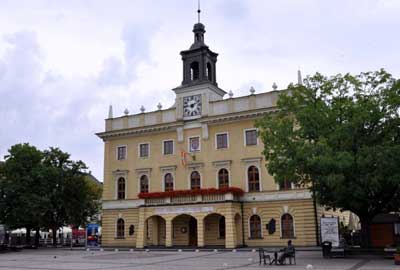 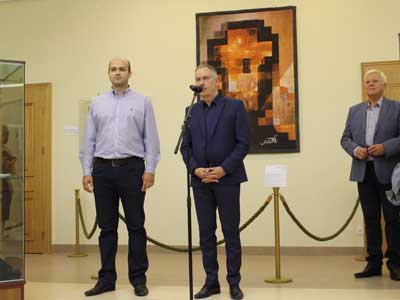 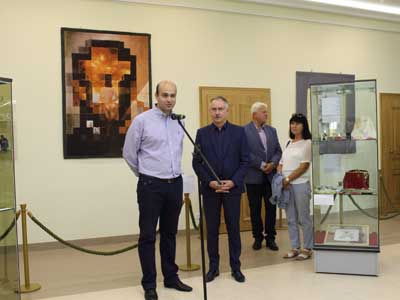 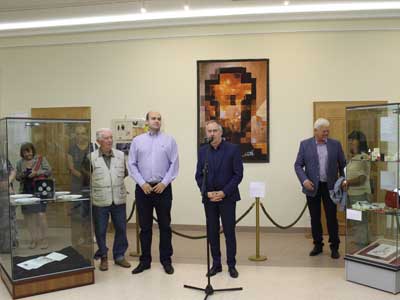 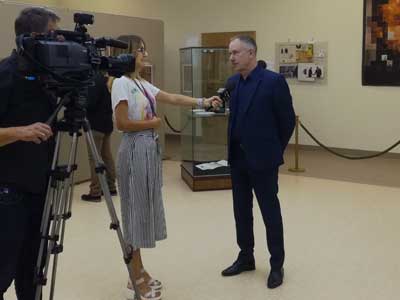 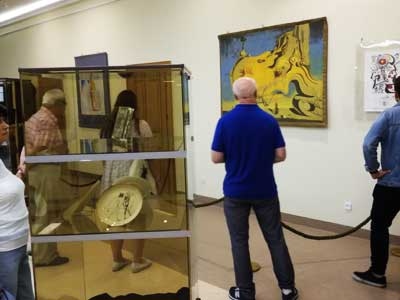 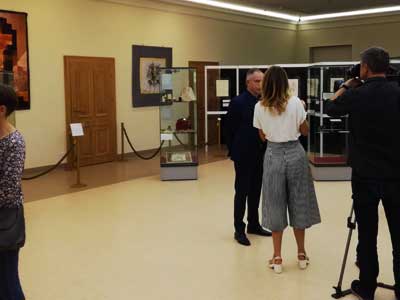 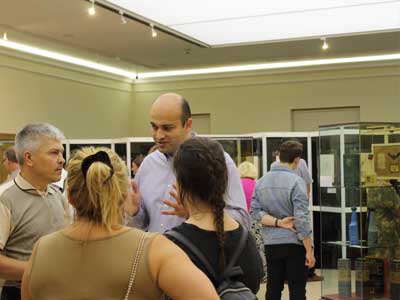 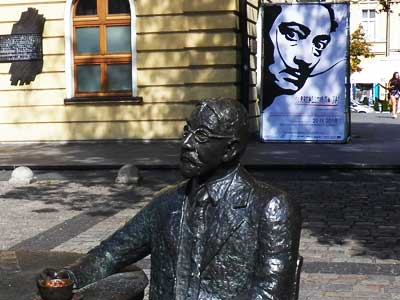 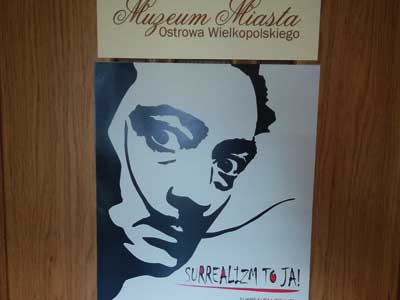 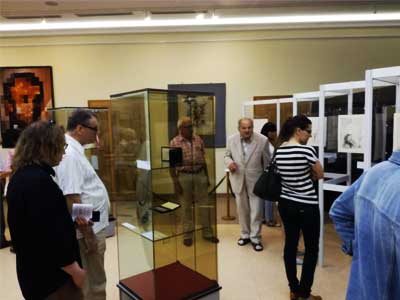 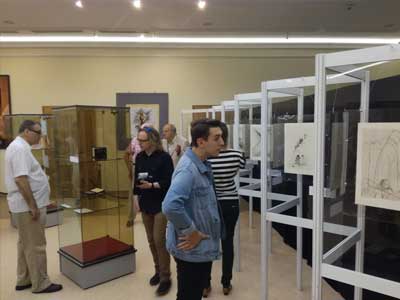 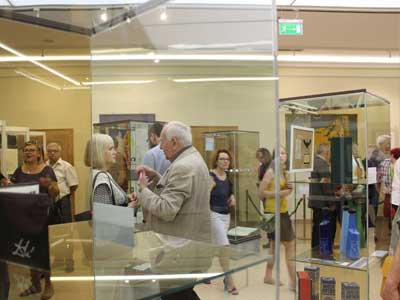 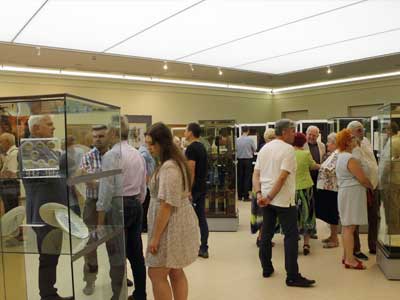 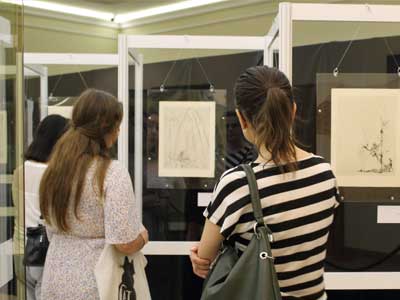 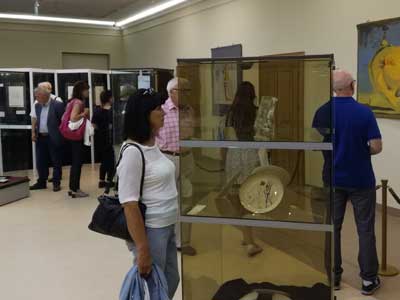 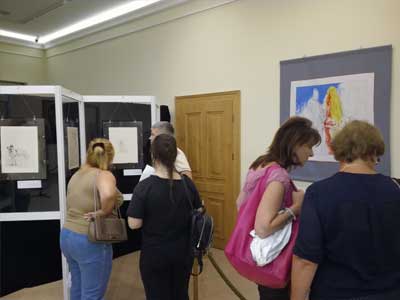