First time in Polan, exhibition “Unexpected Dali” is realized in partnership with Collection Kesauri. Exhibition is open from 01/01/2018 to 01/06/2018 and is featuring 119 exhibits consisting of original works of one of greatest Masters of our time.

The exhibition "Unexpected Dali" is composed by exhibits from Collection Kesauri of original works made by Salvador Dali : lithographs, ceramics, works in bronze, silver, gold. The exhibition highlights the major key aspects of work of the greatest artist of our time - Salvador Dali.

Curated by Kesauri Aleksandre and Kessaouri Vassili, produced and organized by Dalineum - Centrum Salvadora Dali in partnership with the Collection Kesauri.

After a number of detailed introductions to artist, the exhibition is divided into 3 thematic sections:

Lithograph from suite "Surrealistic Flowers I" with titles - the pseudo Latin names were created by Captain Moore, printed below the lithograph.

Heliogravure and embossing on very heavy Arches paper with watermark "Arches France", not numbered artist's proof for the edition of 350.

An artist's proof is, at least in theory, an impression of a print taken in the printmaking process to see the current printing state of a plate while the plate (or stone, or woodblock) is being worked on by the artist. A proof may show a clearly incomplete image, often called a working proof or trial impression, but in modern practice is usually used to describe an impression of the finished work that is identical to the numbered copies. There can also be printer's proofs which are taken for the printer to see how the image is printing, or are final impressions the printer is allowed to keep; but normally the term "artist's proof" would cover both cases.

Artist's proofs are not included in the count of a limited edition, and sometimes the number of artist's proofs, which belong to the artist, can be twenty or more. By convention, the artist is not supposed to sell these at once.

The series "Man's professions" is composed of 11 subjects, painted by Salvador dali in the years 1970-71. Maestro Dali did not create these works on comission or to order, thus his spirit and his multi-faceted creativity were not restricted to any predeterminated direction.

He used symbols and coloring with the very exact meanings of the countryside with which he was familiar. These, therefore, are less countryside by general public not familiar with this particular topography.

Later, in 1979, this series "Man's professions" was authorized for all the eleven originals to be used for an original producing in form of serigraphy on gold and silver. Only the silver ones were ever made and even they - partially.

It is recommended by national, regional, private and local television channels: 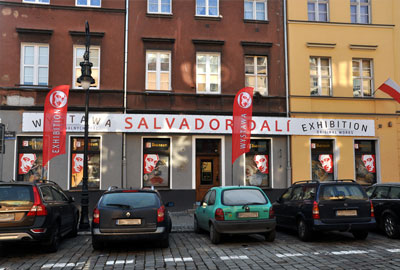